It was almost impossible to concentrate, so two of the hundred employees came up with the idea of building a phone booth for the office. No sooner said than done. After years of development, testing and feedback analysis, the Framery O was born. Not until the sixth generation was the Framery O functional and working well. In the meantime the Framery O is the best-selling booth in the world and more booths have been added.

»Satisfaction is our concern, it is our bread and butter.«

The Framery One is the first networked and soundproof booth in the world. It is fitted with top sound insulation (ISO standard 23351 for sound insulation) and echo-free acoustics and the latest technology makes the booth
super intelligent. The ventilation of the Framery One ensures an optimal supply of fresh air inside the booth: 29 litres of air are exchanged per second. The settings for the lighting and the airflow can be easily adjusted from the
high-resolution touchscreen. Framery Connect is a digital management system and takes care of functional monitoring in the background. The booth is available in different frame colours and will thus fit in your office space perfectly.

The classic Framery O telephone booth meets the highest requirements for sound insulation (ISO standard 2335-1 for sound insulation) and offers someone a comfortable and anechoic working environment. A diverse colour collection and accessories offer the right phone booth for all the styles and requirements of your office. The “Video Conference Ready” variant comes with a tiltable screen holder and LED lighting, thus providing optimal conditions for video conferences.

The Framery Q is an office cubicle for meetings or brainstorming sessions for up to 4 people. It serves as a multifunctional and soundproof alternative for meetings without other people in the office being disturbed or disturbing. The excellent sound insulation, the attractive appearance and the high quality ventilation systems make the Framery Q the ideal meeting environment.

The Framery 2Q is designed for 4-6 people. The echo-free acoustics and sound insulation of the cubicle are also impressive. Thus creative brainstorming sessions, meetings and video calls can take place undisturbed and without causing disruptions within the office space. The interior of the cubicle is individually tailored to your needs so that you can comfortably
and effectively hold meetings in the Framery 2Q.

Our projects with Framery

The Framery cubicles and office phone booths are particularly suitable as an employee retreat in open plan offices for video calls and phone calls. All Framery cubicles have anechoic acoustics and are equipped with top sound insulation. The telephone booths acoustically shield conversations and have an excellent
ventilation system and optimal technical equipment.

From ease of use and acoustics to aesthetics, every Framery product is carefully designed and perfected. The flexible meeting booths are the answer to today’s meeting culture requirements, since around 80% of the meetings today take place with a maximum of four people. 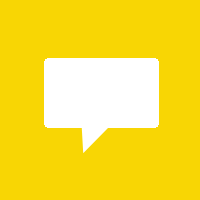